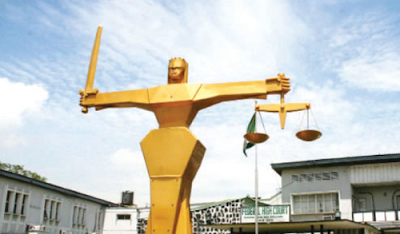 A mother, Rhoda Joshua of Karu, has asked a Grade 1 Area Court, Karu, Abuja, to order John Okechukwu, 27, of Nasarawa State to pay her N800,000 damages for allegedly impregnating her 14-year-old daughter.

Joshua told the court on Wednesday that her daughter, who was a Secondary School 1 student in a school in Nasarawa State, had been in a sexual relationship with Okechukwu since 2016.

“My Lord, my daughter has been seeing this guy since last year when she was 13 and as a mother, I noticed she had started having sex with him.

“I warned her and even beat her to stop it but instead of bringing home a result of flying colours, she brought this pregnancy nine months ago.


“I kept cautioning my daughter against the relationship and advised her to face her studies because I am a widow but she told me the guy said he wanted to marry her.

“He impregnated her while she was still in school so she had to drop out and since she took in till now that she will give birth he has never given her even one naira for her or the coming baby.

“I have been the one taking care of her, the pregnancy and her younger one and I have no support from anywhere.

“So, I am pleading with this Court to order him to pay me the sum of N 800, 000 in damages for allowing her to drop out of school because of the pregnancy and for not taking any responsibility since my daughter became pregnant and for refusing to marry her.

“He promised to marry her but since she became pregnant till now that she will soon put to bed, he has refused to even take us to his family members, keep to his promise or take any form of responsibility,’’ Joshua said.

In his response, Okechukwu said he was not ready to get married but would be giving a little sum for the upkeep of the girl.

“My Lord, she will have my baby and that is my responsibility and I will be giving a token toward that.

“Even if I don’t marry her that baby will make our relationship everlasting.

“I am also a student and cannot get married now but I will try and be giving a token for the upkeep of the baby. I am not sure of the future itself,’’ he said.

“I cannot marry him because he did not keep to his words of getting married to me and taking good care of me since I became pregnant rather he denied me and said he can’t marry me.’’

After listening to all involved, the judge, Abdullahi Baba, said the case could only be heard in a customary court.

“The issue brought by the plaintiff before this court is centred on marriage and this can only be determined by a customary court of law.

‘”So, let this case be transferred to the Customary Court in Karu for a proper trial,’’ Baba said.

Please LOGIN or REGISTER To Gain Full Access To This Article

Wapbaze is an Entertainment website that deals in uploding of music tracks of any kind and letting her users download them in Mp3 formats of high quality. Wapbaze.com is the main website, Wapbaze.com/music/ is the folder for latest songs, wapbaze.com/movies/ is for mp4 movies updates so as wapbaze.com/videos/ is for 3gp music videos updates and wapbaze.com/forum/ is for latest gist, news, health and tech updates.